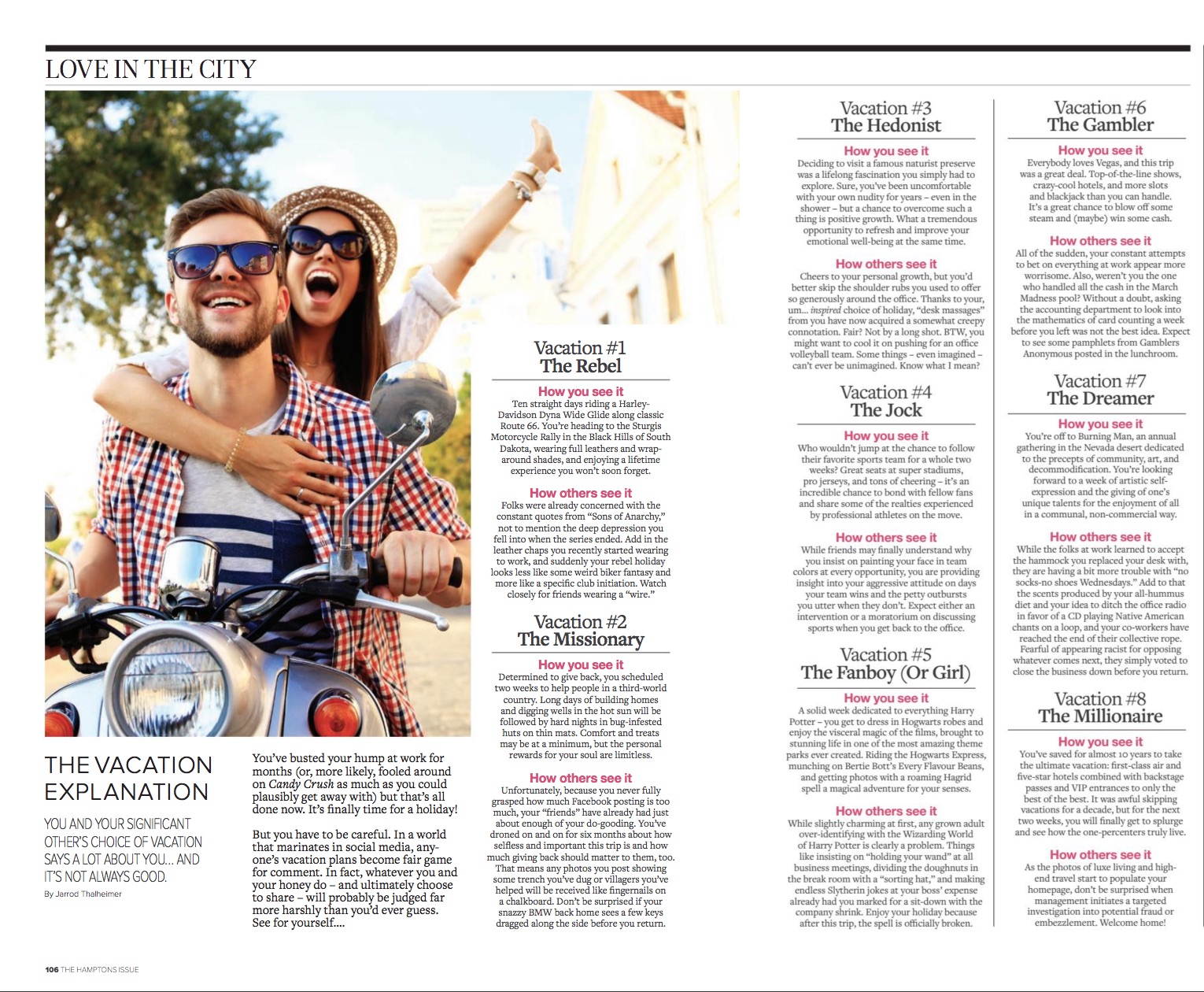 A man and women race through a forest, running for their lives. We then see them through the eyes of some hockey mask-wearing psycho as they try desperately to get away while he breathes slowly and heavily, chasing them to their deaths. The engine noise explodes horrifically as the lunatic revs the chainsaw he is carrying which serves to make his intentions only too clear. He has a chainsaw and he means to use it. The woman stumbles, the man stops and bends down to help just as we come face to face with their relentless attacker – a masked, and crazy, chainsaw wielding….ferret. Across the screen in large type splashes the following:

At this point we return to the twisted attack as the screaming escalates and the ferret leans in for the….well, you know. As the camera pans away from the expected grisliness we see this slightly nerdy guy wearing a suit that can only be his father’s. He’s just sort of standing there and watching this twisted scene with an odd sort of open-mouthed excitement. He then turns and informs us in a whisper that if we think such a thing is surprising then we should get ready for this: Diet Mountain Dew has a surprising great taste and none of the calories. He goes on to take a long pull of the Diet Dew just as we see a screenshot telling us “How Dew Does Diet.” It’s aggressive, it’s shocking, it’s ludicrous and it’s totally moronic. Obviously, I love it.

The visual image of a ferret chasing anyone is funny enough on it’s own but sticking him in a Jason-mask and giving him a chainsaw? Pure, 100 proof genius. Even the guy in the suit. He has this Steve from Blue’s Clue’s look on his face throughout the ad that suggests he really has no place anywhere at all in this commercial but was hired for reasons we may never know. He is strangely perfect casting to host a series of weird, off-center spots for a slightly fluorescent drink chock full of Yellow Dye #5. His out-of-placeness just works so well.

They’ve got another one of these ads based on a similarly weird fact that claims window puppet shows are illegal in New York City. In and of itself this is a truly ridiculous notion to consider. I mean whatever was the genesis of that particular discussed, voted on and council approved rule of law? This ad also features our green suited and ill-fitted friend, this time chilling on the couch and calmly watching the NYPD pull a violent takedown of the puppet performing offender. Bizarre and memorable, without a doubt.

Mountain Dew regular always had those crazy extreme sport ads to set themselves apart from the competition. They worked it hard with their “Do the Dew” tag line while poor Diet Mountain Dew suffered for being the “healthy” cousin to a kind of bad boy lemon drink. It’s pretty hard to push an extreme lifestyle and still appear worried about a calorie or two.

“Hey dude, you could die doing that stunt, maybe you should have a Mountain Dew first.”

“Thanks compadre but can I have a Diet Dew instead? Those calories won’t watch themselves you know.”

“Dude, I so do not even know you anymore.”

It’s nice to see Mountain Dew products re-joining the game in such a cool way. The last memory I have of a Mountain Dew anything was the urban legend claiming it either killed sperm, shrunk one’s manhood or became a deadly poison when mixed with alcohol. Three guesses who might have started that series of rumors. I’m betting it rhymes with loca-fola.

Anyway, in my opinion when a product can successfully mash so much straight-faced lunacy into one 30-second spot they deserve my respect, my admiration and my cash. So with that in mind I’ll be heading out to the store and buying me some Diet Dew just as soon as I can get my dad to lend me a suit appropriate to the task.

I don’t like horror movies. They hold no attraction for me of any kind. I tend to believe that folks who enjoy such fare possess deep seated, anti-social tendencies which are masking severe emotional problems. In short, there is something seriously wrong with them. And when it comes to snakes, well they interest me even less. So why am I even considering going to see the new movie “Snakes on a Plane?” It must be advertising.

I have been hearing about this movie on and off for almost a year. The culprit has always been its ridiculously campy title. I mean really, “Snakes on a Plane?” The movie sounds as terrible as it does stupid. Even Hollywood displayed its own lack of confidence in the film’s potential by shooting it in Vancouver to keep costs down

No illusions on this one. “Snakes on a Plane” like “Revenge of the Nerds” or “Weekend at Bernie’s” makes a promise in the title that lays out everything you need to know about the film up front. No mystique or subtle word games here. There are snakes, and they are on a plane.

The countdown had started. I was intrigued, but still skeptical.

Then advertising attacked and I experienced the coolest sales gimmick ever. I received a personalized telephone call from Samuel L. Jackson telling me to get my butt to a theatre and see his movie or else. I am not kidding. On the official “Snakes on a Plane” website, www.snakesonaplane.com, you can send a telephone call from Sam Jackson to anyone you know. Just answer a few questions, provide a phone number and Samuel L. Jackson himself telephones you, your best friend, significant other, sister, baker, bookie, or whoever and specifically invites them to see the movie. This is just so super-neato whacko that I can’t believe it. You have got to try it.

What a positively brilliant marketing idea. They get me to provide the names and contact numbers of all my family and friends and then use the star of the movie to personally call and invite them to the show. The beautiful part is that the ad targets can’t even be angry about receiving the telephone solicitation because it came from their own family or friend. Talk about viral marketing. The technological aspect of the whole thing is almost beside the point. How amazing is it that Recorded Sam Jackson is making calls 12 hours a day to support his movie while Real Sam Jackson is probably chilling by the pool and drinking a Colt 45. What an awesome way to make use of an auto-dialer and its canned sales pitch.

I am beginning to feel obligated to see this thing. Nobody’s expecting a great movie. In fact, odds are that it will be painfully awful. The thing is, that’s beside the point now. Either you’re going to buy into the hype and get excited or you’re not. And speaking as an AdFool, when it comes to “Snakes on a Plane” I think you can probably write me up a boarding pass.