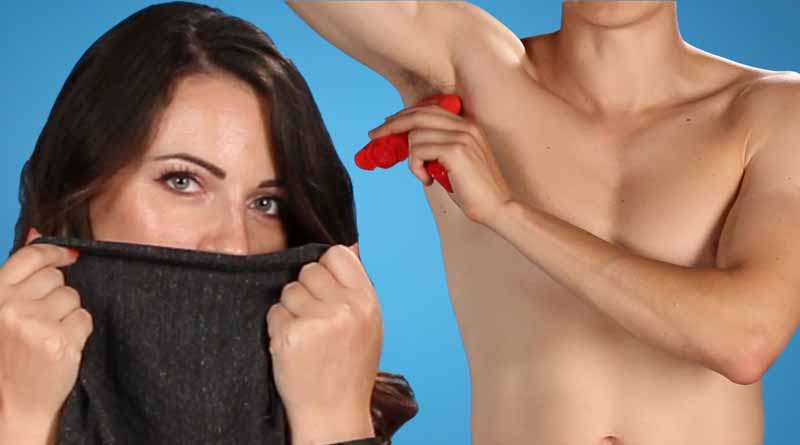 Sometimes I really wish I was fourteen again.

It’s not that I am particularly nostalgic for feelings of social inadequacy, daily embarrassment or even the general frustrations that come with not being cool enough. As it is, I continue to enjoy most of those emotions anyway. No, I yearn for a time where that most mysterious of relationships, man and woman, was solved with one simple and achievable solution.

It made perfect sense. Girls always seemed to smell nice, and they liked boys that did too. The brave few among us that had managed to spend alone time with an actual girl passed on this news with a breathless excitement usually reserved for revealing a forbidden secret. It was like solving Rubik’s Cube, only better.

As advice went it had more of a basis in common sense than the suggestions provided by our high school seniors. Their words of wisdom always seemed to involve wearing underwear that resembled a hammock, stuffing a sock inside to “fill it out” and carrying a condom in your wallet “just in case.” It may have been me but the smell thing just seemed more plausible.

In the case of teenage boys it was doubtful most of us would bathe at all without a really good reason (as I am sure our mother’s would attest) so the introduction of cologne was the best thing that ever could have happened. In my time the scents du jour were Drakkar Noir and Polo. I’m one hundred percent certain more than a few of the girls developed lifelong allergies to one or both of them due to prolonged and excessive exposure to such large concentrations of aroma.

It would take several years before the philosophy “less is more” really took hold for most of us. Sadly, for some that day never came. It was these special folk that went on to invent the body spray.

Realizing there was a perfect market begging to be served, the makers of Axe/Tag turned their attention to the needs of the teen-aged male. Before I go any further please know that I am fully aware Axe and Tag are different products from different companies. The thing is, can anyone truly tell the difference? They more or less smell the same, the commercials are near identical and they even make their cans look basically the same too

It’s almost like a fight between Rocky and Rambo. They’re both different and all but when you get right down to it they’re still basically the same person.

And Heaven help me but I do enjoy their ads. Almost without exception the ads feature a semi-clueless, but basically attractive guy who wanders the world and at some point spritzes Axe/Tag on himself only to find that women immediately come running. This has played out in elevators, small European towns, beaches, basements, poker games, offices and many other locales. The television reality showing hundreds of beautiful women held captive by their unbridled lust for the oh-so-sweet-smell of an Axe/Tag man is hard to ignore. I’m not greedy, so I don’t need a thousand women but two or three might be nice.

So, the poor dudes start buying and work their skinny butts off perfecting the optimum mix of Axe/Tag to wow the gals with.  Four or five bucks for a can that can guarantee self-confidence is a very small price to pay..

Axe/Tag had young men’s backs and things were good. Good until RGX body spray arrived that is. They started running ads that in one way could be called public service announcements even as they were further dooming more guys to the pains of confused shame. They use new “It-Actress” Rachel Specter, who dons a gas mask and makes it clear that she is turned off by guys that spray too much. Good point, I say. It might make some gentlemen ease up on the plunger a bit. She goes on to suggest that the Axe/Tag nexus is for little boys while RGX is a sign of the maturity super hot girls (such as her, natch) go for exclusively.

Imagine for a moment you’re a hormone challenged fourteen year old guy. You thought you finally had it figured out when it came to the smell game and now you’ve got some smokin’ hot babe telling you to use RGX and to be subtle about it too. I’m sure RGX knows just how hard it is for young guys to tone it down with anything so I figure they just turned down the formula a bit to allow for the same half can to be used as before.

You can never really go wrong playing to peoples’ fears and sense of insecurity, though that is a market that resembles sheep in many more ways than one. While they may seem as passive and docile as customers they will also leave for the next, newest and better shiny thing that happens to come bumping along the road.

So, while I appreciate and enjoy the suggestion of the Axe/Tag and even RGX lifestyle I am afraid my own studies have revealed just what seems to turn the ladies on:

Do the dishes, eat what you’re given and keep your toenails clipped. Pull off that triumvirate on a regular basis and you’ll have to beat ‘em off with a stick, whether you’re wearing Axe/Tag RGX or not.