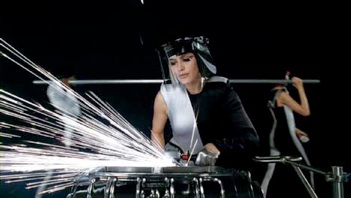 You know things must have gotten pretty toxic at Dell Computer Inc. to necessitate dumping their current CEO and coaxing Michael Dell himself back into the executive suite. Considering the guy is worth $15 billion or so I can’t imagine how they pulled that off (“….and if that hasn’t convinced you yet Michael, look at what we have in the office now…..a do-it-yourself espresso machine!”). Apparently, since he left in 2004 life hasn’t been all that good at Casa de Dell so for whatever reason the big guy agreed to come back and once again single-handedly restore their status as the global juggernaut of computer hardware sales.

Of course the specific plan is very detailed and likely uses all sorts of intricate sales targets and price initiatives and plenty of tech heavy language about what application is bundled where and what speed chip is used how and what those that know about such things do or do not want in their computer. That said, if you’re reading this column what you want to know about are the exciting parts, like whether or not they’re adding cup-holders or leather wrist-rests. Well I can tell you here and now that what Mr. Dell wants first and foremost is to trade in his hard won rep of selling “cheap” computers for selling “cool” ones.

It’s always amazing to me how something so simple seems to walk past everyone. Computers, all computers, came in basically the same putty covered boxes for years. With the exception of Sony and their black beatnik look everyone was the same. Everyone! It took the “revolutionaries” at Apple to figure out that adding a little color might be just the thing to add a bit of zig to their zag. It worked, and as everyone stood around mouths wide open wondering how anyone could be so crazy smart as to make their computers come in different colors there were damn few actually quick enough to run out and shamelessly copy them.

So with their famous namesake now back at the helm Dell has embarked on a new “quest for cool” by bringing out the paint swatches and smearing them liberally all over their famous offerings. Add in a few powerful features and new applications and our friends at Dell are fairly confident they’ll have the image of “cheap computers” kicked to the curb just in time for the back to school lollapalooza. To add to the fun they even launched a pretty far out ad campaign to do some of the heavy lifting.

To make that happen they started off by drugging and beating…..I mean convincing Devo to record their first new song in seventeen years called “Watch Us Work It” exclusively for their new TV ads.

Then they filmed them. These ads are wicked. They have a staff of almost robotic, stiletto-heeled models in tight monochrome patterned dresses working hard on a big, burly, shiny and industrial looking truck engine, moving all Robert-Palmer-esque circa “Simply Irresistible” days to the music. Tight close-ups and shiny tools abound in this ad as the chick-bots put the finishing touches on what is made out to be an obvious “killer” engine just before dropping the giant hulk into a massive Dell laptop. And help me Rhonda but I just love it when ads are so obviously tailored to those of us still labouring under the illusion that the eighties were way cooler than they really were. Oh what time and distance does to the memory. Anyway….

With Devo onboard they effectively bought some edge for their ads (though to be fair Devo has shown a propensity for making some cash grabs lately as their song “Whip It” turned up in spots for the “Swiffer.”) The “man” it seems is paying better than those solid citizens ripping singles for free these days so can you really blame them?

Anyway, after watching Dell’s new ad I have to admit my immediate thought after viewing it was “Wow, cool.” of which I am certain was the whole point of the exercise in the first place. I really did associate Dell with cheap computers and to see them be re-introduced in a whole new way makes it easy to forget that most of the change is basically cosmetic.

If Michael Dell can pull off this turnaround he might have a shot at entering the pantheon of such fabled turnaround artists as Lee Iacocca, Steve Jobs, Michael Eisner, Katie Couric and….ok maybe not that last one but he’d be in pretty good company all the same.

You know, when you think about it, it’s kind of amazing to realize that the difference between cool and dweeb is often as simple as some new duds and a sharp ad campaign. What Grade 12 could have been like with an ad budget and a guest slot on “What Not To Wear.” Sigh……..