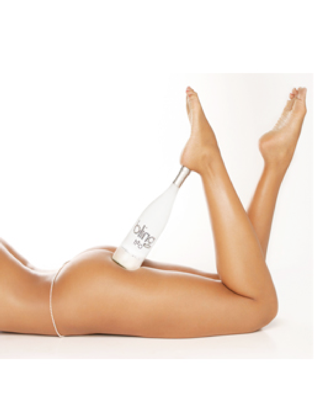 There was a time, and it wasn’t all that long ago, when I made fun of people who paid for bottled water. I was way too smart to fall for such ridiculous exhibitions of excess. I knew that folks like Perrier wouldn’t make a nickel off me. “Evian” spelled backwards was “naïve” and I was not afraid to say it. Which, of course I did, over and over and over. Annoying? Yes, I most certainly was.

Anyway, like most universal trends it didn’t take all that long before I too was hauling barrels of bottled water home to drink, justifying my about face with the supposed presence of germs and microbes in “free” tap water. I was positive I could taste the disease. Whatever proof my local water board offered as to the safety and drinkability of the water mattered little as I was certain it was better suited for a Calcutta sewer than my pristine stomach. Truly, I wasn’t just on the bandwagon but sitting right up front and self-righteousness riding beside me. Luckily, my self-respect was packed quietly away inside a small box near the back. Heck, yeah I’ll pay for water, bring it on.

With bottled water my new go-to buddy it was more than easy to make the leap to premium carbonated water. I figured it might class me up a bit and provide some of the burn I was craving due to my moratorium on the ass-expanding realities of soda pop. So, I got to know Mr. Pellegrino. He was bubbly, calorie free and came in such cool green bottles that I was his forever. You could even buy him at Costco. Finally, something I could have at home or order at a bar that didn’t make me feel like a total wad.

So here I am, totally conditioned and completely prepped. Not only will I pay for water but I will pay even more for fuzzy bubbles and pretty green glass. I am as much a sucker as the next guy. But then again, maybe I’m not.

May I present Bling H2O.

Believe it or not Bling H2O is a bottle of water that retails for at least $40 bucks a crack. $40! I’m not kidding. The water does not have healing properties, does not flow from Brad Pitt’s backside and does not even have bubbles. Instead, each bottle comes draped in Swarovski crystals (which I now believe translates as Hungarian for “idiot” but I may be wrong on that one) It defies belief but the on the website promoting the sale of this obscenity they actually admit to trafficking in the celebrity obsession with image. They encourage those that seek to be defined by that which they hold or are seen with. So, if you want to look good, choose Bling H20. They drive this message home by explaining the first samples of this premium water were originally presented to several select actors and athletes, which of course is any thinking person’s ultimate seal of approval.

While I know it is possible that celebrities can be this head in the ground stupid it does make me slightly ill to behold it. This is totally insane. How can anyone ever take anything a celebrity ever says about anything at all seriously if they are seen publicly consuming even a single bottle of this water?

Should I come across a celebrity sporting a bottle of this hokey crap I will instantly consider them a minimum of 85 IQ points stupider than myself, and possibly more. Paying for bottled water may be the thin edge of the wedge but only a Hollywood movie producer (the bottler) could think so little of mankind’s basic intelligence that he could successfully market a product so nakedly concerned with image. He almost admits it’s really just the bottle you’re buying. At least Pellegrino comes from Italy. This spittle is from Tennessee. Tennessee! I like my green bottle but at least I get bubbles in my water for the price.

Anyway, strangely pornographic ads aside, while the introduction of this product marks some sort of net decline in the general intelligence of Western civilization there is a good side.

You see, down in San Francisco word is that some pretty hoi polloi restaurants are now refusing to serve bottled water of any kind. They will only provide, get this, tap water. They explain in great detail that all the work involved in creating, bottling and transporting bottled water is so bad for the environment that those drinking such things are enemies of the earth and scandalizing Saint Al and his mission.

Now if that little nugget doesn’t just set up the age old conundrum of what happens when an irresistible force meets an immovable object then I don’t know my Bartlett’s. How does an image obsessed celebrity drink BlingH20 while driving a standard issue Prius? When the pin is pulled on that hypocrisy grenade it may very well spell the end of all life on earth. Or not, as the famous do seem to live by different rules than you and I.

Perhaps St. Al will sell them some carbon credits to reinvigorate their moral certainty, and assure their superiority over the masses. You know, you and me. We can only hope.